What an eye-opening talk about impostor syndrome by Maureen Zappala in the Pop-up workshop.

Maureen shared with us an interesting tale of her early career journey, when she had joined the NASAJet Propulsion Lab (JPL) in 1983 as an aeronautical engineer. How many of us have dreamt to be one?

She started with her “first day at work” syndrome where she was surrounded by “rocket scientists”, “movers and shakers,” and “who’s who of the industry.”She felt completely out of place. She recollected being the only woman in the group. Way to go! The thoughts in her mind were, “Why did they hire me?” only to be answered later by her mind “They needed a woman!.”

She was instructed to “Show up, shut up, and don’t screw up!”

Her story captivated the audience and put us on the edge of our seats. At the end of that first episode, one could sense the disdain and dirty looks that she got from her peers on that first day even though she felt she was competent, qualified, smart, and degreed (with great pedigree). She explained to the audience how she felt like a sheep in wolf’s clothing, a complete fraud or an impostor. That explained the impostor syndrome effect.

She described some of the common symptoms of impostor effects as follows:

We get into the loop of trying to do something new, which gets pushed down by our mind and this keeps repeating itself.

This is the act of trying to be perfect the very first time. Failure isn’t an option. Perfection breeds repetition.

The know-it-all effect where a person thinks one should know all about the topic in the first try. He/she wants to do it all alone.

The person thinks he must use his charm, insight, and humor  as a disguise when he doesn’t know the answer.

The act of the ceaseless mind chatter that says failure is inevitable.

She invented the Tri-C approach as the first attempt at getting rid of the syndrome with these steps:

She explained the cognitive distortion, where we have the bias of thinking other people know more than we do. One has to realize that you need not have a big dot all by yourself. You can leverage the knowledge by collaborating with different people in the same group and thereby enhance your own knowledge. The impostor syndrome is when you try to achieve everything all by yourself.

Then she explained her “Fraud Free Framework” that she had designed to overcome this feeling. Her six R’s were 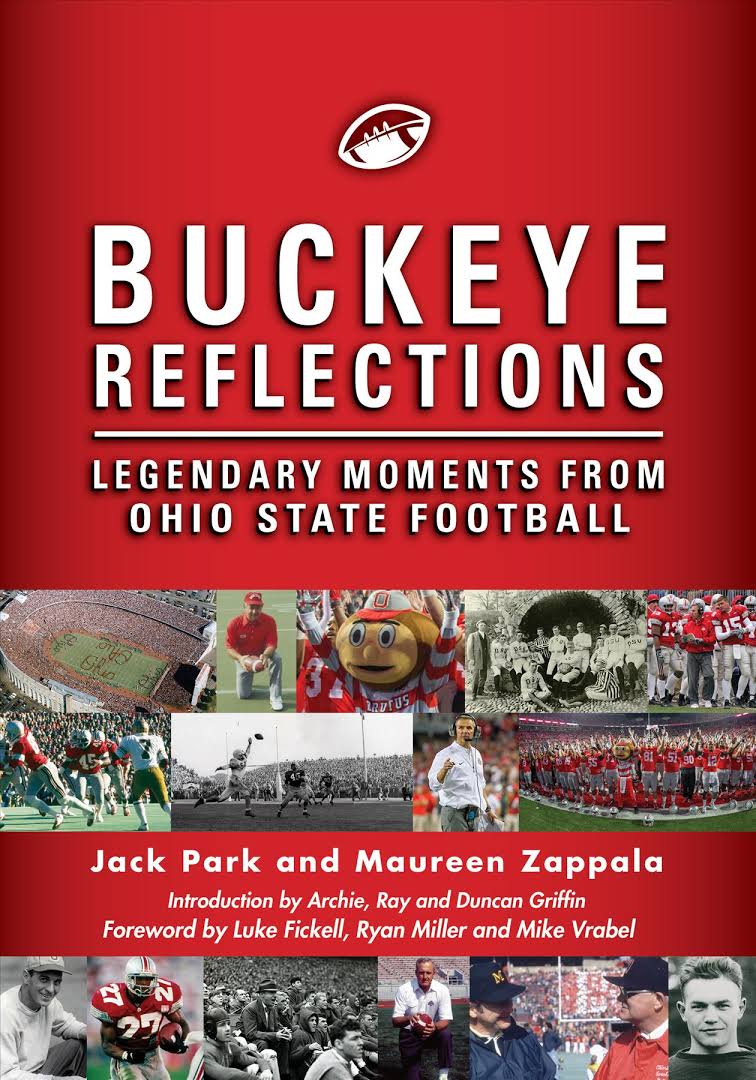 Maureen presented an example of overcoming the impostor syndrome through her book writing story.

Her anecdotal tale and role-play with Jack on the phone to explain how she started writing her book “Buckeye Reflections”about the Ohio State (OSU) Buckeyes (basketball lovers know it!).

Her memories of the Ohio State (OSU) Basketball games captured our imagination and took us into the interesting world of sport. In this case, her conflict of interest stemmed from the fact that she studied at University of Notre Dame but was writing a book about the OSU basketball players.

But complete support and cooperation among the authors took the book to great levels and is a best seller for the third year in a row.

There was an interesting Q&A session at the end with the audience jumping in with their own experiences and reminded a little bit of “taking the risk” even when you are not in the state.

Her speech was well received and the audience also received a free workbook that explained the techniques of overcoming impostor syndrome.  We would have to now put all the ideas into action!

Besides workshops, we also pair members with mentors. Join our president, Renee Yao, tomorrow 12-1pm PST and learn more about how to get the most out of mentorships.

We use cookies on our website to give you the most relevant experience by remembering your preferences and repeat visits. By clicking “Accept”, you consent to the use of ALL the cookies.
Cookie settingsACCEPT
Manage consent

This website uses cookies to improve your experience while you navigate through the website. Out of these, the cookies that are categorized as necessary are stored on your browser as they are essential for the working of basic functionalities of the website. We also use third-party cookies that help us analyze and understand how you use this website. These cookies will be stored in your browser only with your consent. You also have the option to opt-out of these cookies. But opting out of some of these cookies may affect your browsing experience.
Necessary Always Enabled
Necessary cookies are absolutely essential for the website to function properly. These cookies ensure basic functionalities and security features of the website, anonymously.
Functional
Functional cookies help to perform certain functionalities like sharing the content of the website on social media platforms, collect feedbacks, and other third-party features.
Performance
Performance cookies are used to understand and analyze the key performance indexes of the website which helps in delivering a better user experience for the visitors.
Analytics
Analytical cookies are used to understand how visitors interact with the website. These cookies help provide information on metrics the number of visitors, bounce rate, traffic source, etc.
Advertisement
Advertisement cookies are used to provide visitors with relevant ads and marketing campaigns. These cookies track visitors across websites and collect information to provide customized ads.
Others
Other uncategorized cookies are those that are being analyzed and have not been classified into a category as yet.
SAVE & ACCEPT
%d bloggers like this: